NTRWA is hosting a conference in a few months. As one of the early entrants, I’ve been given the opportunity to submit my first page — for review — to the great Maggie Lawson. She’ll analyze — probably to pieces — the writing, then offer suggestions for making it better.

Okay, I’m a little nervous to have Maggie Lawson read anything I’ve penned to paper.

Tell me what you think. What works . . . what doesn’t. This is actually the prologue tugged and tucked into one type-written page, so I may have deleted so much, it doesn’t make sense. Let me know, please, before I’m read in front of a room full of conference goers, who collectively say, ‘Huh?’ 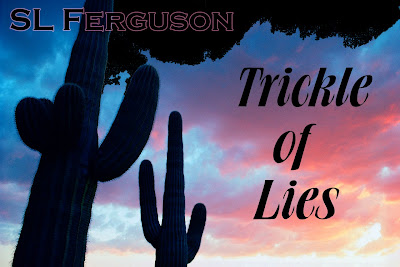 “So this is Hell,” Kyra Malone muttered to the circle of funeral vultures.

Not the literal type with flapping wings and scraggly beak – but dressed in their Polo basic black and pasted with simpering Botox smiles – the Austin elite was close enough to count for the bone-picking birds. Disgusted, Kyra turned from the flock’s annoying presence and toward the weeping pewter sky.

That one heavenward look was as close as she’d ever come to singing angels and golden streets. People who killed their best friends . . . or at least, got them killed wouldn’t be welcomed among harps and fluffy wings.

“Anna would want you to have this.”

The voice jerked Kyra back to the graveside and the older woman in front of her. Shrouded in mourning black and tears, her best friend’s mother pressed a token into Kyra’s hand.

The antique coin, surrounded by tiny diamonds, blinked up at Kyra. The cold metal seared her hand as forcefully as the suppressed tears scalded her throat. Long seconds ticked by into a harsh minute before she could force the words free.

“It’s time for you to leave.” For an instant, she focused on the tiny, auburn-haired child nuzzled against the hem of her skirt. “You and Kendra must go now.” The girl snuggled her delicate fingers inside Kyra’s grip. It was a trusting touch. She released the child’s hand — she’d betrayed them all.

“I don’t like leaving you.” The older woman looked prepared to battle the point again. “Promise me, Kyra, not to do anything foolish. . .”

There wasn’t a need to say more. What she had planned for the men responsible would be considered rash on the best Sunday and blatant career suicide come any Monday morning. It didn’t matter. The moment Anna had been murdered they’d given her no choice. A debt was due, and she would make certain it was collected.

Bending, Kyra kissed the child then glanced between the faces of the two people she truly loved and did the only thing possible – she lied.