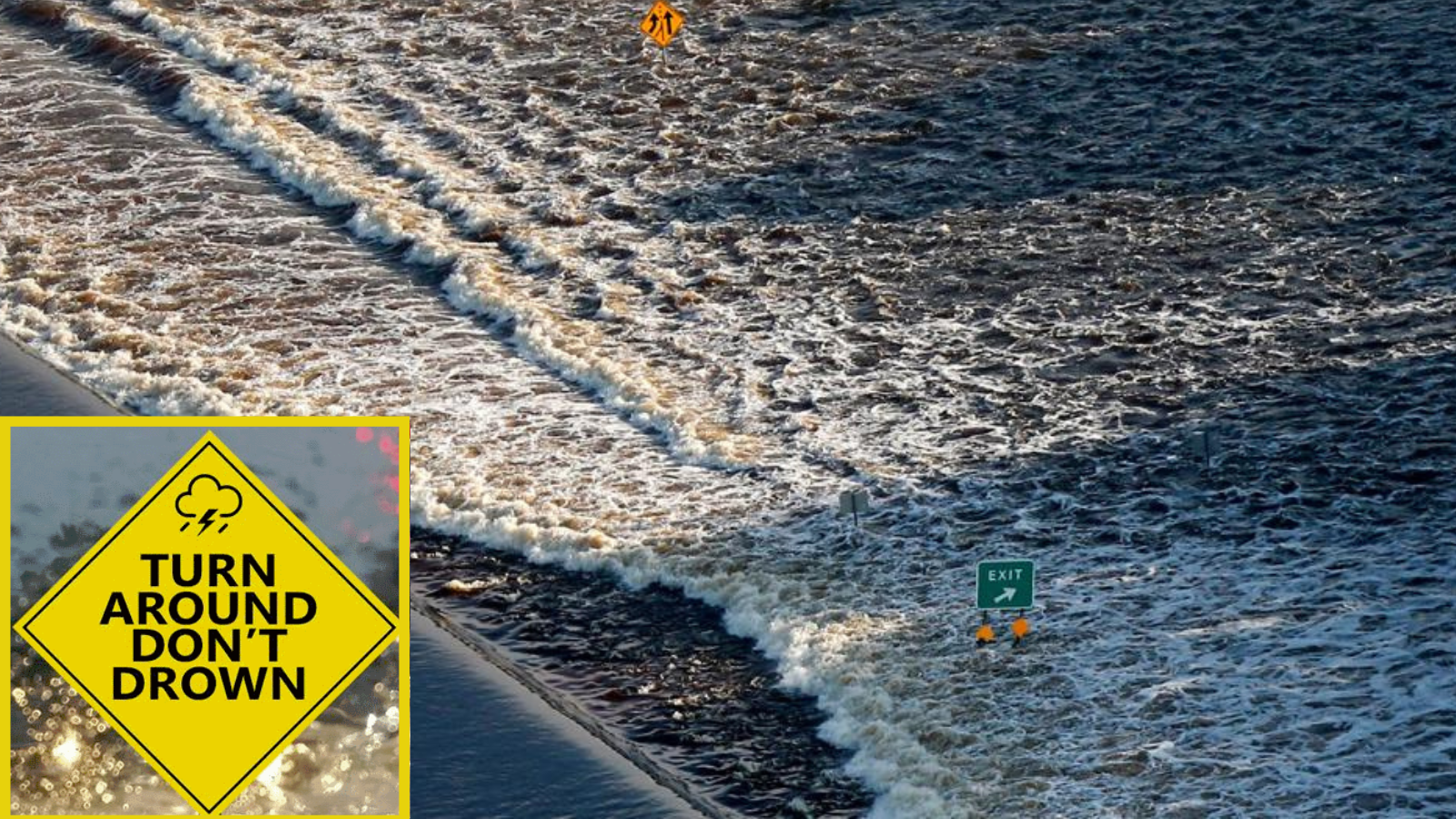 Hurricane Ian is coming ashore the western coast of Florida between just south of the Tampa/St Pete area and north of Fort Myers.

Both areas are in extreme danger of heavy storm surge. Some meteorologists are predicating between 8 to 15 ft of surge.

Keep in mind, the storm surge is caused by water being ‘sucked’ up into the vortex of the hurricane and then pushed out as the storm makes landfall.

Where does all that water come from?

The ocean & the bays. Look here – this is what Tampa Bay looks like as the water recedes. Thanks, Tampa PD for the pics.

Have you been through a hurricane?

What did you find the most frightening?

What was the toughest thing to wait out?

Just reported via Fox News – live – that the official NOAA hurricane hunters have turned back rather than fly through the current Eye Wall. Estimates have this storm pushed right to the edge of a Cat-5. With storm surges, devastating winds, spin-off tornados and feet – NOT inches – of rain in the forecast, Floridians are bracing for the worst.

It only takes 6 inches of water to float a car off its tires.

Topography that’s flat, the heavier the rainfall, the higher the water table – all affect flooding. Heed the warning signs.

In a storm, water is not your friend. According to the National Weather Service, more deaths result from storm surge & flash flooding than any other threat.

“Roughly half of all U.S. deaths from tropical cyclones are due to the storm surge, the rise in water levels from the tropical cyclone’s winds piling water toward the coast just before and during landfall.”

“Of the 41 total U.S. deaths attributed to Irene, 21 of those were from rainfall flooding.”

“Did you know the infamous Hurricane Camille in 1969 also had a second deadly chapter in the Appalachians?”

“Flash floods and mudslides from 12 to 20 inches of rain claimed 113 lives in Virginia, almost as many as were killed from its Category 5 landfall.”

All the above quotes are courtesy of the National Weather Center.

According to Worldwide Facts recent article, August of this year:

“What causes the most deaths during a hurricane?

Storm surge is the abnormal rise of water generated by a storm’s winds. This hazard is historically the leading cause of hurricane related deaths in the United States. Storm surge and large battering waves can result in large loss of life and cause massive destruction along the coast.”

Feeling helpless as you watch this tragedy unfold in Florida?

Here’s how to help:

Local & National charities are asking for your support.

Southern Baptist Disaster Relief fund – this is the Texas connection, but they will run trucks into Florida as soon as they’re cleared.

to make certain that your funds are going directly to the crisis, feel free to check out the FEMA donation site, which shows a verified list of organizations.