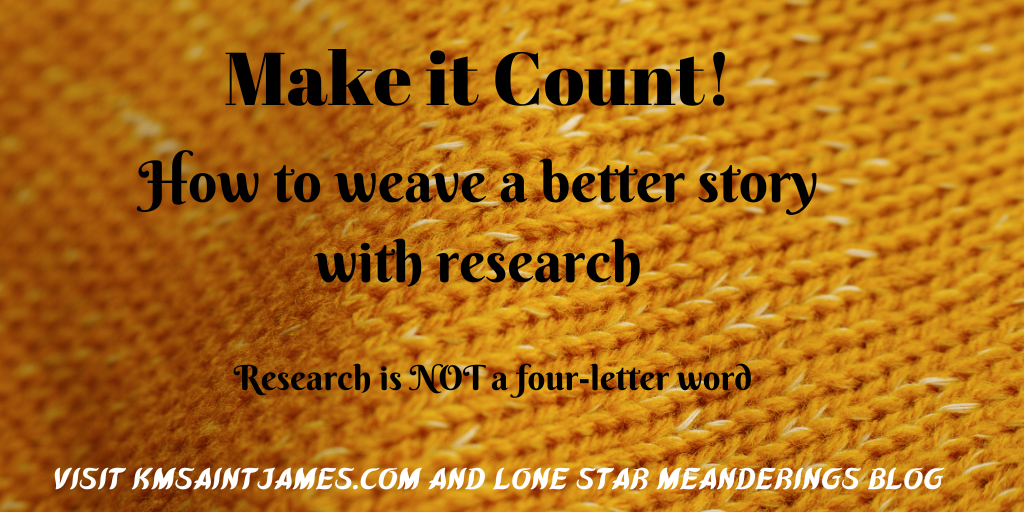 I don’t give negative book reviews. I will add someone to my own personal list of ‘not to buy again’, but reading is subjective. Unsolicited opinions are better kept behind sealed lips.

Authors don’t always hit my Black List after one poor read – it depends. A newbie author’s first release is given more leeway. A successful author switching genres gets a pass.

But let’s face it – time is precious. Readers value their quiet moments to escape into a story. Authors must be diligent and dedicated to serving up their readers the tastiest story treats.

Recently, I read – and painfully finished a book – by an extremely well-known author. The character inaccuracies beg for a life-writing lesson.

Some fiction writers make the mistake of scanty or no research. Put in the time before you birth the book. A character who rides a certain equestrian breed needs to guarantee that the spelling, the description, and the origin of the breed are all thoroughly researched and correct. What type of saddle is used for your character’s specific riding style? Western riding or riding the range is vastly different from the discipline of show jumping or side saddle.

Then there’s the historical element to consider.

If writing a period piece, what equipment would have been readily available during that era? Where would a saddle be purchased? Could the average farmer, rancher, yearning-to-learn rider afford the cost? What was the average cost? Don’t make assumptions based on today’s mass markets for product availability.

The picture above shows a Hope saddle, the precursor to the McClellan or Military saddle used today. I captured this image at the tiny Civil War Museum in Murfreesboro, TN. As a side note, this saddle was used most commonly by Civil War soldiers who hailed from Texas and was used by the Texas Rangers. Again, it’s the attention to detail. KNOW your facts so that they are historical and NOT hysterical.

Don’t cheat the reader; research is a vital part of the process.

A character, who embraces certain proclivities or lifestyles, needs to swim – convincingly and accurately – in the deep-end. Writers shouldn’t dip their toes into waters that are completely outside of their normal swimming areas. The character will drown with inaccuracies and readers will turn into sharks, chewing through an author’s work with biting reviews.

Think back on some of the most scathing reviews that you’ve read. How often is the author criticized for inaccurately portraying a character’s lifestyle?

Some of you are questioning how would fantasy or Sci-Fi writers be exempt from this mandate. They’re NOT! If an author isn’t willing to spend the time – sizeable that is – required to world-build, to push the physics barriers, to research the chemistry or alchemy or ancient magical processes, then that author needs to pick another genre. 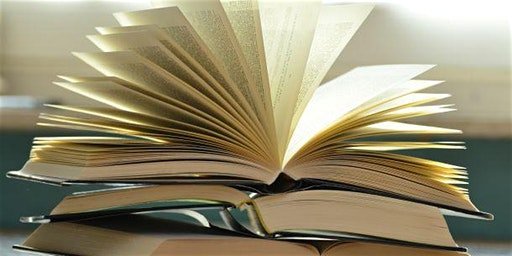 Either sign-on for the necessary research or . . .

Wait, there isn’t an alternative.

Be true to the dialogue

Language references need to be accurate: historically, geographically, and culturally.

Etymology dictionaries exist for a reason – they are completely necessary when delving into a historical undertaking.

A historical author needs to research the details on specific phrases or words before they are woven into a story. As writers, we’ll birth dialogue or introspection only to later fine-tune it. Make certain in your editing stage to research any catch phrases or words that have crept onto page. Verify that the language is historically ‘perfect’. Don’t be the author whose reviews are filled with negative hits about language/phrases that weren’t used during that period.

This warning goes for current phrases dropped into historical works, as well. Do NOT use any phrase tossed out during a girls’ night out or the weekly poker party. If your writer’s voice is stronger with current dialogue, then consider contemporary novels as an alternative and leave the historical writing to those who research.

A fantasy novel which dates a genie character prior to their actual existence is lazy research. If as the author, you’ve found substantive research to back-up the genie’s early existence, then give a nod to that research in the back of the book.

One my favorite authors highlights her historical research in the back of her novels. As her writing muse is sparked, research begins. Those specific and scientific details function as an afterword in her novels. This author will outline dates pertaining to the invention and/or common usage of everything from surgical instruments to mechanical devices; the specific lineage and reigns of royalty and the political current of an era; even the widely accepted rumors and gossip of historical times. These tidbits of research give credence to her stories and realism to her characters.

Readers depend on their favorite authors to get the details right. Become a beloved author, one whose stories always end up on the reader’s “keeper” shelf. Great storytelling includes solid research. Don’t cheat your readers on the realism; and don’t cheat yourself on the opportunity to weave golden research threads into your stories.

Part II – Coming up Next – Write a Better Alpha Character