Several of you have probably seen this one, but it sums up the attitude I love about being a-born-and-bred Texan, so I hope you enjoy the read.

A man in Topeka, Kansas decided to write a book about churches around the country. He started by flying to San Francisco and started working east from there. Going to a very large church, he began taking photographs and making notes. He spotted a golden telephone on the vestibule wall and was intrigued with a sign, which read “Calls: $10,000 a minute.”

Seeking out the pastor he asked about the phone and the sign. The pastor answered that this golden phone was, in fact, a direct line to Heaven and if he paid the price he could talk directly to GOD. 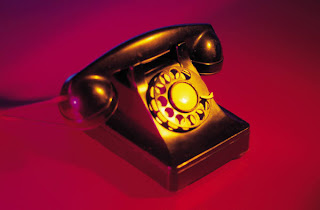 The man thanked the pastor and went on his way. As he continued to visit churches in Seattle, Phoenix, Salt Lake City, Denver, Oklahoma City, and around the United States, he found more phones, with the same sign, and the same answer from each pastor.

Finally, he arrived in Texas, upon entering a church in Fort Worth, and, behold – he saw the usual golden telephone. But THIS time, the sign read “Calls: 35 cents.” Fascinated, he asked to talk to the pastor. “Reverend,” he said, “I have been in cities all across the country and in each church I have found this golden telephone and have been told it is a direct line to Heaven and that I could talk to GOD, but in other churches the cost was $10,000 a minute. Your sign reads only 35 cents a call. Why?”

American by Birth – A Texan by the Grace of God.