I like quotes. Concise, straight-forward (well, sometimes) nuggets of truth. But whose truth? Um . . . good question. Comes down to perception, doesn’t it?

“If you ask a professional for advice, be smart enough to take it.” Any doctor you’ve ever been to see.

Have I had too much caffeine? Too little sleep? Been out in the Texas sun too long? Because surely those three quotes can’t be related.

Writers, published and unpublished alike, seek out publishing house editors and agents . . . rather like trains seek out tracks, or the next station, or the end of the line. There’s an inevitability to our obsession to these trained professionals. They’re paid a salary to review, evaluate, edit and ultimately BUY the next New York Times best seller. For those in the writing industry, it’s natural to gravitate towards these professionals and to prize — highly — their opinions. After, attending a conference, sending queries, trapping an agent in an elevator to solicit advice — would any writer then throw out this advice? Foolish question except . . .

There is that silly little second quote from a millionaire investor (in case, the train tracks are lost in the fog at this moment). Consider that someone, anyone who achieves that kind of money, um, yes, I mean without scamming folks out of their life savings, must know pretty important facts, right? Rising to the top without a razor-edged business acumen and a strong sense of self would be tough. But at the train station, Ken Roberts seemingly jumps in the middle of the tracks with the train barreling straight for him by suggesting that ‘folks’, ‘learned associates’, ‘trusted advisers’ don’t necessarily know what we think, what we hope, what we need to believe they know.

Because if we run the train off the track, there is someone else to blame. That’s why we need people to know ‘STUFF’. Whatever that stuff may be. Whatever career advice, or writing guruness, or insider genre trend is coming around the next bend, writers really . . . really, want to believe that someone is in charge of this knowledge.

But Ken Roberts said it best, said it forcible, said it with conviction, “People don’t always know what we think they know.

Still aboard my choo-choo?

Then here’s the station, 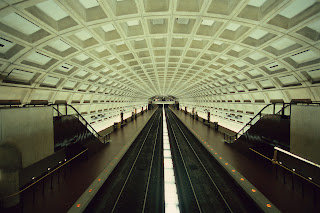 Back up the caboose and read that again.

What do writers want?

Ask any of them.

Better question: What should writers want?

To write the best words possible on page.

So . . . does that mean after seeking out the professionals’ advice (critique partners, writing associates, writing organization all come under this heading) that any writer MUST take the advice.

Remember, “People don’t always know what we think they know.”

Stand still and listen. I’m serious. Be still and listen. Inside, where the deepest, darkest insight lies buried in each of us, is there a voice — tiny or loud — crying out advice? Not arguing with every piece of constructive criticism received, or disagreeing because one’s so in love with their own written words, but a real, dedicated, honest try-this-path or go-this-way or explore-this-writing type of advice?

It is better to know what is captured on the page is true to self even if the public doesn’t get it . . . at least, they don’t get it now.

All right, my train tracks are a bit crossed, but there is truth in these quotes. 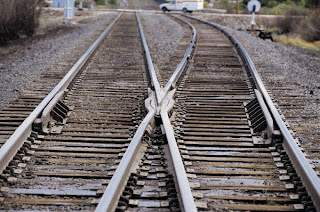 As Shakespeare said, “To thine own self be true.”

That applies to writers.

Drop by my back porch again.
Until then
~Sandra