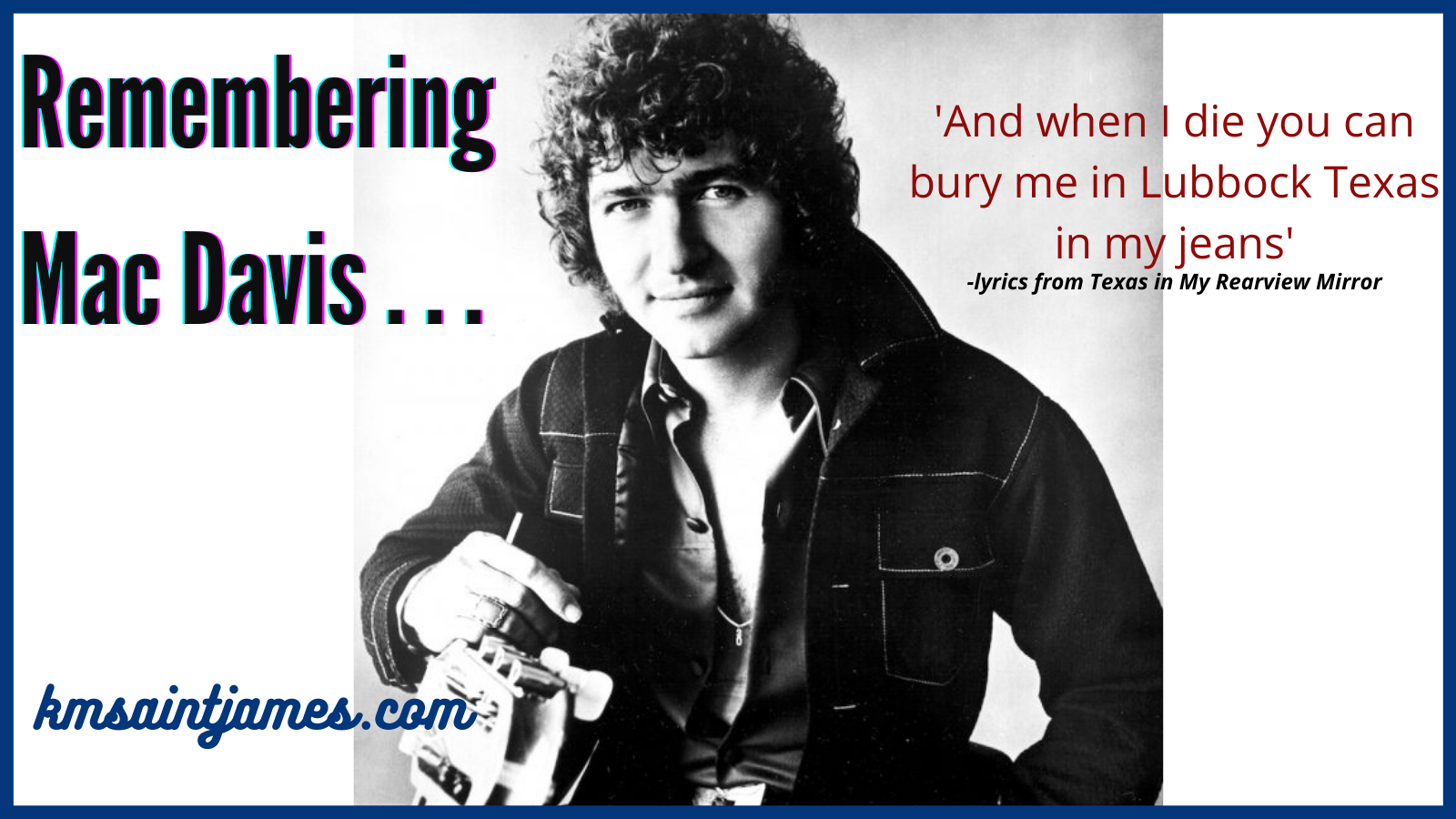 – lyrics to Texas in My Rearview Mirror.

Teenage years spent in the 70s: meant Mac Davis was one of my favorites.

Carting a guitar and kicking West Texas dust from his shoes, Mac Davis set his sights on stardom . . . however, the road to an induction into the Nashville Songwriters Hall of Fame is seldom a straight path, or a smooth ride.

After leaving his hometown of Lubbock, Texas – famous in his song: ‘Texas in My Rearview Mirror’, Mac Davis settled down to a ‘real job’ (quote from interview in Songwriter Universe: 2017). Married young, with a child to support, he spent time traveling around the country handling sales & promotions for other artists’ albums. In the late 60s, after a transfer to the West Coast, Mac Davis met Billy Strange, Nancy Sinatra, and finally Elvis Presley.

Other recording artists include:

Mac Davis’ early days were spent in Lubbock, Texas, where he graduated high school at 16.

Not too tall – scrawny – by Texas standards, Davis spent his time toughening up by joining Golden Gloves and waiting for the day that he could leave Lubbock, and his very strict father, behind. But Texas boys almost always come home – and Mac Davis is no exception.

Preliminary funeral arrangements forecast that Mac Davis will be buried in Texas – perhaps, completely appropriate with his lyrics: ‘And when I die you can bury me in Lubbock Texas in my jeans’.

The singer/songwriter/TV host/feature-film star/Broadway actor has been honored by a Lubbock street that carries his name; a Hollywood ‘Walk of Fame’ star; Three Grammy Award nominations; induction into: The Nashville Songwriter’s Hall of Fame, and the Texas Country Music Hall of Fame, just to mention of a few of his accolades.

The man will be missed, but his music will live on forever.