A few days ago, hubby dear and I were strolling the dog when the scent of potent Tar, from a nearby road project, filled the air. Tar — is not a good smell to me; it’s normally one that makes me want to hold my nose. Okay, if it’s strong enough, I will hold my nose. Stinky Tar became our conversation focal point. We walk a long way, all right? My hubby shared that he loved that smell, quite a shock to me for in the 20+ years we’ve been enjoying wedded bliss, I was none the wiser that Tar could make him yearn.

When hubby was a youngster, dear old dad worked in the oil field as a drilling superintendent. Dad was out at the platform for long hours, but occasionally, my hubby in kid-form went along. My father-in-law was a big man, with the most enormous hands — real workman’s hands — I’d ever seen. He was strong, and in-charge, and more than likely larger-than-life to my hubby. These were precious times, stolen away from the demands of a busy job and my hubby remembers the smell of Tar, of strong oil, which is apparently the same scent, quite fondly. In fact he loves the smell of Tar.

Here’s the connection to writing:
It’s not the scent of Tar or not Tar that’s the question. It’s the motivation behind the Tar which makes the scent important to writing, to any potential story.

A quick trip down research lane, and I discovered that our noses are capable of sniffing between 4,000 and 10,000 odor molecules. The younger the nose the more molecules it can sniff. In addition, all Olfactory Receptor Neurons are contained inside the nasal cavity, measuring an area no larger than that of a postage stamp. Pretty compact for all those different scents. Even more interesting, is that each ORN (Olfactory Receptor Neuron) works like a lock and key. Each of the millions of receptors can latch onto only a specific odor molecule. When you smell spaghetti sauce, you don’t think it’s scrambled eggs, or corn beef on rye because those ORN’s have latched onto the specific odor molecules which tell the brain that it’s spaghetti for dinner. With this explanation, it certainly enlightens as to why the sense of smell is so pure, and can be used to help deepen any writing.

So how does this help?

Sniff chlorine! Most of us immediately think — pool. That could be a great smell for the character if summers and swimming were major family activities. However, it could be equally black if the character worked as a lifeguard until a kid in the pool drown on his/her watch. Now, that would be a smell to turn a character’s world upside down in an instant. 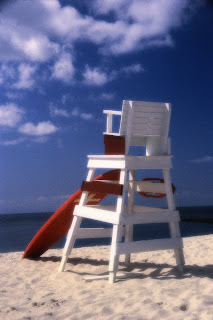 How about asphalt? To me, it’s memories of long, hot, fun-filled summer days at a major theme park. Great childhood memories. HOWEVER, consider the same theme park, but now what if the character remembers it as the last scent before overheating from a secret teenage pregnancy and passing out in front of the church youth group? 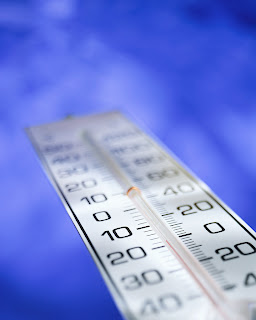 What about popcorn? A friend recently shared that she’ll sit through any movie for the joy of theatre popcorn. And apparently, it’s the smell she can’t live without. How could a food be used to deepen writing? Folks who work in donut shops, cookie factories, even chocolate stores will attest that the smell quickly becomes something to tolerate, and not the great scent of the masses. By giving a character an abhorrence of anything sweet, backstory can be revealed. If the character worked in a chocolate factory to put a younger sibling through school while giving up that opportunity for themselves, and then the sibling throws away the education — the smell of chocolate could well make the character sick.

Smelling is about more than mere sniffing.

Before any character loves the smell of gardenias, consider why this particular fragrance could deepen intimacy between the characters; how this one smell could turn or alter the plot; or this one scent could be used to reveal emotional character backstory.

For something contained in an area no larger than a postage stamp, the right smell can deliver great emotional punch to a manuscript.

Any smells that get your nose sniffing?

Feel free to share. And make sure to drop by my porch anytime.
~Sandra