As mentioned before, I substitute teach. Exclusively at the elementary level — I’m no dummy. If I’m running the asylum, I want to make sure I’m the biggest inmate in the group. Size does matter when teaching.

This week, I reverted to 3rd grade. Amazing how I always learn something new, something I’m positive I didn’t learn the first time. Science is one of those subjects, being a total left-brainer, that is more difficult for me. It’s all practical facts, while I live in the world of make-believe. However, after my day with 9-year-olds, I believe I’ve found the correlation. 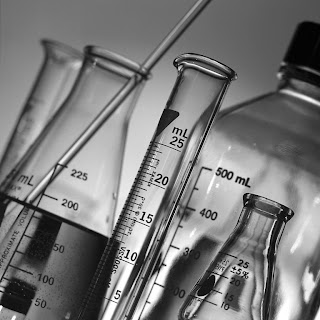 It’s easy to fill space with useless secondary characters or scenes that are fun to read but don’t advance the plot or build internal conflict. It’s much more difficult to cull through the verbose and strike out the useless. MATTER can’t be allowed to run rampant on a writer’s page. Anything that takes up space — is not always and generally isn’t — usefully writing.

So don’t let MATTER control the writing page. Anything is not better; selection is crucial to the writer.

The next science lesson was about VOLUME. Again, for the masses, volume is HOW much space something takes up. Think 3-D. Glass, bowl, frying pan — I’m cooking dinner and it shows. But the concept works in anything. Pouring oil into the frying pan, if poured to the top would allow for computation of volume. It can be done if the frying pan is only half full, but honestly the conversation process makes me crazy so stick with a full pan. The oil or liquid is contained in the pan, just like writing is contained on the page, characters in a scene, hooks at chapter’s end. The oil takes the shape of whatever object it’s subjected to, just as writing must take the shape of the scenes. 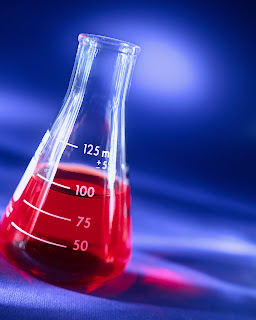 Occasionally, however, the oil spills on the floor, running free and wild and taking the shape of the floor. MESS! and completely out of control. Writing can suffer the same fate by spreading and spilling across the lines. Characters need to develop in a specific order — I didn’t say predictable — in order to be believable. If the race car driver suddenly refuses to get behind the wheel of his own personal car, then the oil has spilled and the character’s shape is dissipating across the page. Is it possible to reign that VOLUME back into confines? Certainly, through motivation. But without reasonable explanation, a writer has simply blurred the character into a non-recognizable form (that means unbelievable) and the reader will feel cheated.

Personally, I like the odd shaped container, but considering how much I detest cleaning, I don’t believe in spilling the oil. The same rule applies with VOLUME in writing. Keep the edges of character development always in mind, meaning know where the character starts and where they should end. Keep scenes clean; have a definite goal for the scene. Start it and stop it when that goal is accomplished.

See, I told you it was impressive. However, I found it a little confusing which is why I loved this diagram.

Note the identical size (hence volume) of both cubes. Now, note the difference in amount of red balls in the two cubes. Consider that the balls are all the same size (mass), and the forumla begins to make sense.

Density works exactly the same in writing and the pay-off is just as great. It isn’t more MATTER that a writer needs, or even more VOLUME, but more DENSITY. More bang for the buck. Better word choices. Stronger verbs. More vibrant characters.

Literally, DENSITY to a writer means packing the most mass (the best writing) into each sentence and pleasing the reader at the end.

This concludes the science lesson for the day.

Remember — the simple definitions for MATTER, VOLUME, and DENSITY. 1st because it will impress the fire out of the kids. 2nd, you might be chosen for ‘Are you smarter than . . .?’ and you really will be. 3rd and most importantly for the writer is the ability to pack great words together, tightly, concisely and offer a satisfying ending to the reader.

See, and you thought you were bad in science.

Drop by the porch again.
Until then,
~Sandra